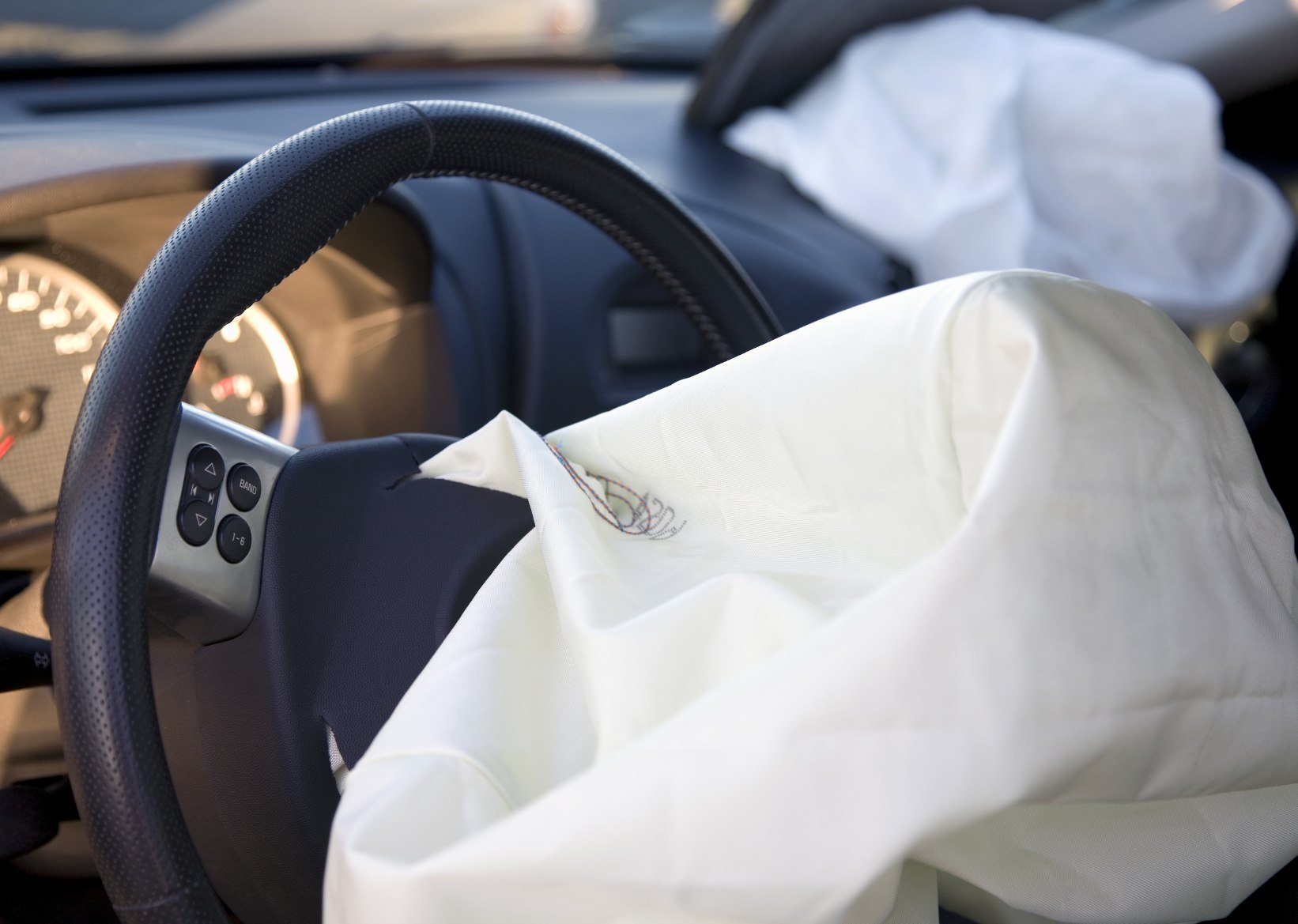 Last week, Toyota, Honda, Nissan and Mazda issued a recall on more than 3 million vehicles because of defective airbags. Auto makers have long denied major issues with airbags. In the 1990’s, Booth & Koskoff handled airbag cases where small children were killed by deployed air bags. It’s shocking that the article below is still relevant, years after it was published.

For years the plaintiff’s bar fought for the installation of air bags in automobiles. The technology to employ this life-saving device was available by the mid-1970’s, yet the major American auto manufacturers resisted using it until required to do so by the federal government. Rather than spend the few dollars necessary to save lives, the auto manufacturers preferred to put their resources into fancy trim and striking upholstery.

What has become clear in recent years is that, not only did the American auto manufacturers fight the air bag requirement tooth and nail, but when they finally did install air bags, they relied upon cheap and unsafe designs, knowing all the while that safer alternatives were available. The result has been tragic. Since 1990, at least 83 people, most of them small children, have been killed by the deployment of deadly air bags. Many products liability actions have now arisen out of those deaths.

2. Cases where the air bag failed to deploy and the injury or death would have been prevented or have been less severe had the
air bag deployed.

These two types of cases involve fairly distinct issues. Cases that fall into the latter category share much in common with other automobile design cases in which a particular component of the automobile malfunctioned. The former type of case, which is the focus of this article, involves issues that are specific to air bags, and handling this type of case requires the plaintiff’s lawyer to become familiar with, among other things, the history of the development, regulation and use of air bag technology over the past 30 years.

Whenever the subject of air bag safety is discussed, the auto manufacturers invariably tout the fact that air bags have saved thousands of lives and are, therefore, a supposedly valuable safety device. The suggestion seems to be that it is worth killing a few people for the sake of saving a larger number of other lives. On its face, that is a somewhat questionable argument, particularly since the lives being lost are mostly children. Moreover, if we look closer at such statistics, it becomes apparent that, particularly with regard to passenger-side air bags, there is actually a much closer correlation between the number of lives lost and the number saved.

Passenger-side air bags, which were introduced on a large scale in 1993, are credited, by the National Highway Traffic Safety Administration, with saving some 200 lives between 1993 and 1997. During that same period, passenger-side air bags were responsible for the deaths of at least 48 people, 45 of whom were children. And these numbers do not include the many serious, but non-fatal, injuries to children that air bags have caused.

But beyond the statistics, the most important fact in the current air bag debate, which the auto manufacturers do not want to admit, is that the Hobson’s choice between saving thousands of lives or saving a smaller number of children’s lives was created, unnecessarily, by the auto manufacturers. It is possible to have it both ways, to utilize the live-saving capabilities of air bags without the sacrifice of young lives. But, as always, the issue comes down to money.

As early as the mid-1970’s, General Motors had developed a “dual deployment” air bag that, in tests and in actual use, was shown to protect both adult and child passengers. A dual deployment system has a gentler bag deployment in low-speed collisions (where almost all air bad deaths have occurred) and a more aggressive deployment in high-speed collisions. Other safe designs were developed, in the late 70’s and early 80’s, by Mercedes, Volvo and others. But when the time came to install air bags on a large scale, GM, Ford and Chrysler all chose to go with cheaper, deadly “single deployment” systems.

Even the recent, modest step of placing warning decals in new cars concerning the dangers of placing small children in the front seat was not voluntarily undertaken by the manufacturers. Instead, this step was mandated by the federal government, after intense lobbying by a group called Parents for Safer Air Bags. While these warning decals are a step in the right direction, they do not obviate the need for a redesign of the current air bag systems used by most auto manufacturers. Relying on warning decals alone unnecessarily shifts the safety burden to the consumer. To use a metaphor, the American automobile manufactures, having given safety a back seat, now want to put children in the back seat.

In recent days, the emphasis has shifted to cutoff switches that eliminate the air bag completely at the option of the user. This is also inadequate. All design engineers know that providing the user with the option of eliminating safety devices means a permanent elimination of safety devices no matter what the size and age of the occupant.

Unfortunately, throughout the air bag debate of the past 30 years, the federal government has played a largely passive role. Even today, the federal regulations regarding air bag performance require only that an air bag be tested with a dummy the size of an average-sized male. This allows the auto manufacturers to install air bags that are dangerous to children and small women. Fortunately, courts have held that a manufacturer’s compliance with these lax federal standards does not preempt a tort action under state law against the manufacturer based upon its failure to use a safer design. See Perry v. Mercedes Benz of North America, Inc., 957 F.2d 1257 (5th Cir. 1992); Ketchum v. Hyundai Motor Co., 49 Cal.App.4th 1672 (1996).

Other Issues to Address in an Air Bag Case

For the plaintiff’s attorney presented with an air bag injury or death case, there are a number of other critical issues to address, some of which are discussed below. First, there must be a nexus between the deployment of the air bag and the injury or death. Such a connection is easier to make the less severe the crash. Many of the child deaths caused by air bags have occurred in accidents involving speeds of less than 30 miles per hour. In more serious crashes, the defense will obviously argue that the child would have been injured or killed regardless of whether the air bag deployed.

Whether the injured or deceased person was wearing a seat belt is also important. Although air bags are supposedly designed to protect both belted and unbelted passengers, the defense will argue that an unbelted child would have been injured or killed anyway (or perhaps worse) if the air bag was not present. Another defense argument is that the child was somehow out of position (e.g., standing up, facing backwards or to the side, or sitting too close to the air bag) at the time of the accident and that the child’s position contributed to the severity of the injuries.

In cases involving accidents that predated the recent distribution of warning labels, the absence of any warning should be an element of the plaintiff’s case, along with claims based on the failure to use a safer air bag design. This can make for an extremely powerful argument. For example, a case being handled by our office involves an accident that occurred in July of 1996, in which a seven-year-old boy, who was wearing a seat belt, was killed by the deployment of an air bag in a low-speed collision. The previous November, the National Transportation Safety Board had issued a “Class I, Urgent Action” safety recommendation to all domestic and foreign auto manufacturers, in which it advised them to place warning labels in vehicles with passenger-side air bags and mail notification letters to registered owners of such vehicles, warning them of the danger of placing children in the front seat. The American manufacturers ignored that request and did not issue warning labels until a year later. In the meantime, millions of parents, including the plaintiffs in our case, knowing nothing of the danger they were exposing their children to, routinely placed them in the front seat. The results, as in our case, were sometimes deadly.

The horrible fact, which should, hopefully, form the basis of many punitive damages awards, is that the recent rash of child deaths caused by air bags was not in any way unexpected. By consciously choosing not to use one of the safe systems developed in the 1970’s and 80’s, but instead using a cheaper, but deadly, single deployment system, the auto manufacturers well knew that they were sacrificing children’s lives for the sake of their own bottom lines.

But there is nothing new about the auto manufacturers’ approach to air bags. These same manufacturers fought seat belts for years, fought safe gas tanks for years and have fought every safety device that has ever been developed. When they finally, grudgingly, install such devices, they then invariably argue that they should be absolved from liability because they are complying with the federal standards, which everyone knows are decades behind technology and politically inspired. As always, it is up to plaintiff’s lawyers to make the manufacturers pay for their callous disregard for safety and, hopefully, in the end, demonstrate that it does not make even economic sense to install deadly air bags.

For more information, please visit our Airbag Cases page for important information regarding a possible case. If you or a family member have suffered a serious injury from an airbag, feel free to contact us any time to discuss any airbag-related issue.