Who is Responsible After a Car Crash
After a car crash, you may be wondering who will compensate you for your injuries. The driver who hit you may not be the only one responsible. Hiring a lawyer can help you ensure that you have looked at every possible angle to receive fair compensation after a crash.
The Other Driver

If the crash was the other driver’s fault, then his or her insurance company is responsible for paying for the damage to you and your property. California law requires all drivers to have liability insurance, but the minimum limits of $15,000 may not be enough to compensate you fully.

Additionally, some individuals choose to drive without insurance despite the law. In those cases, it will be necessary to look at the other options discussed below in order to make sure that you are taken care of after a crash that was not your fault.

When you purchase car insurance, you have the option to purchase uninsured/ underinsured coverage. This additional coverage often does not cost very much, but can provide a substantial benefit to you in the event of a crash. Uninsured coverage will protect you if the other driver does not have insurance. Your own insurance company will pay to cover your property damage and personal injuries, up to the amount of uninsured coverage you purchased.

The Other Driver’s Employer
If the other driver was driving for his employer at the time of the crash, then his employer may be held responsible. Your lawyer would have to show that the driving was related to the type of tasks the employee was hired to do. The reason this is important is that insurance policies issued to companies usually have much higher limits than policies issued to individuals. 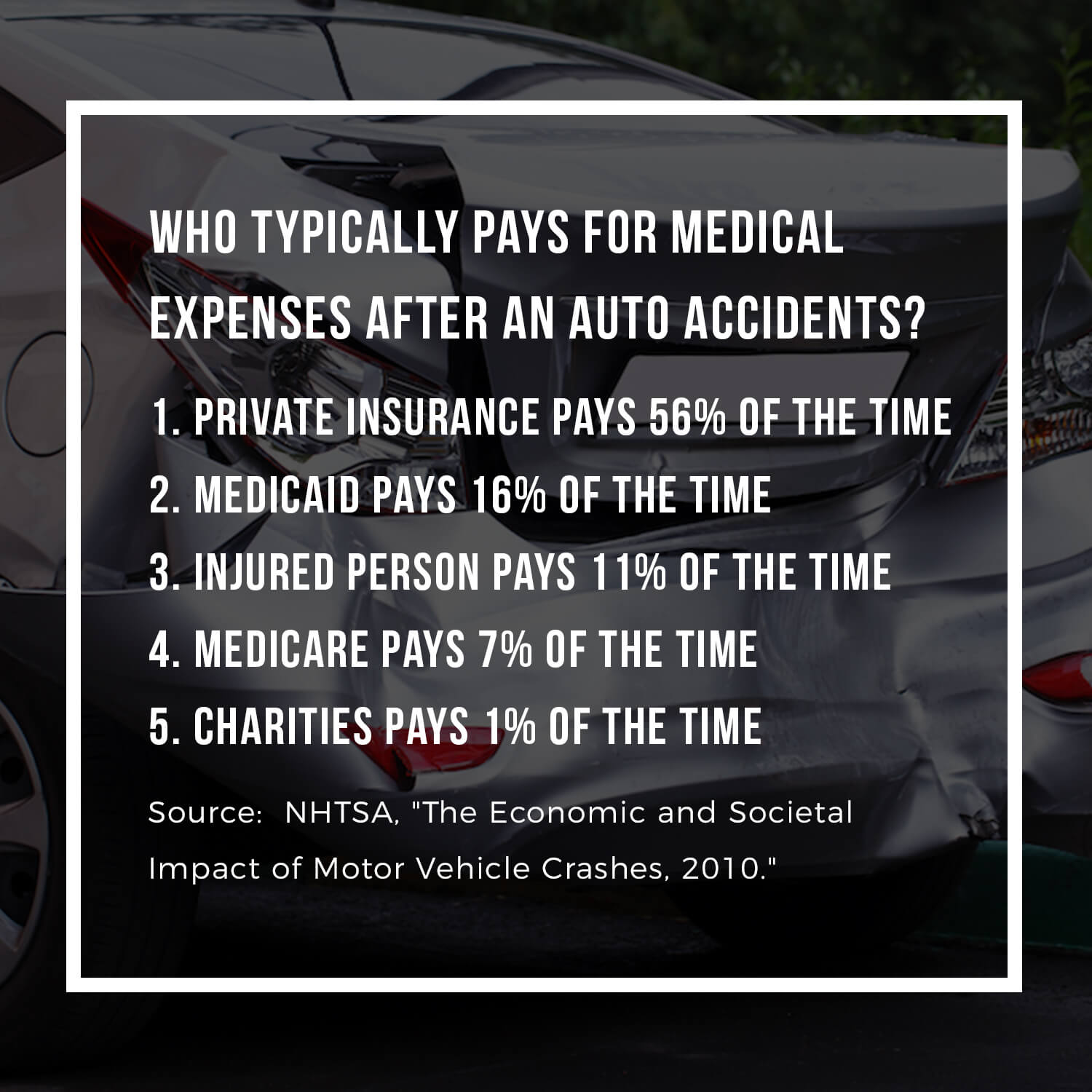 Vehicle Owner
In some cases, the driver who hit you may not own the car that she was driving. Under these circumstances, the car owner’s insurance may apply, especially if the vehicle owner negligently entrusted the vehicle to the driver. This comes into play if the owner knew, or should have known, that the driver was unfit to drive or had a history of dangerous driving.
The Governmental Entity that Designed and Maintained the Road

Some car crashes are caused by the condition of the roadway itself. For example, some roads have curves that are much too sharp for the posted speed limit, causing drivers to lose control. Other roads have been designed or maintained in such a way that they frequently flood, which causes drivers to hydroplane and lose control.

Governmental entities sometimes fail to properly maintain roads, which can result in the disappearance of lane lines, poor lighting, or other conditions that lead to collisions. In cases where the road is dangerous due to its design or poor maintenance, it is appropriate to hold the governmental entity responsible for the collision.

The Auto Manufacturer or Mechanic
When an automobile defect is the cause of either the collision or the injuries that you sustained, you may be able to sue the company that manufactured or maintained the car. For example, if another driver hits you because the brakes on his or her car failed due to faulty maintenance, then the mechanic can be held responsible. Sometimes, negligent design makes the injuries worse. If you suffer a traumatic brain injury because your airbag failed to deploy when it should have, you can sue the manufacturer of the vehicle.
Free Auto Case Evaluation
Free Auto Case Evaluation
Free Case Evaluation