The case of S.M. v. L.A.U.S.D has garnered some attention in the press because the defense lawyer for the L.A. Unified School District argued (successfully) at trial that the 14-year-old victim of sexual abuse by her teacher had consented to the sexual relationship and was therefore comparatively negligent, reducing the amount of institutional liability. The jury rendered a defense verdict, but the Court of Appeal for the 2nd District recently reversed and remanded for a new trial, holding that as a matter of law, a 14-year-old cannot consent to a sexual relationship with her teacher and cannot be found comparatively negligent on that basis. 240 Cal.App.4th 543. In the meantime, the L.A.U.S.D. severed its relationship with the law firm that had defended it in the case, only to reestablish the relationship soon thereafter.

But while the consent issue got the attention of the public, there is perhaps a more meaningful aspect to the S.M. opinion, in terms of its impact on future litigation against schools and other institutional defendants in sexual abuse cases.

At trial, the judge modified the CACI 426 jury instruction to require plaintiff to prove that her teacher had shown a “dangerous propensity to sexually abuse minors” and that the school district was aware of this propensity. The Court of Appeal held that this was error because it suggested to the jury that they must find that L.A.U.S.D. was aware of prior acts of sexual abuse by the teacher, and there is no such requirement. 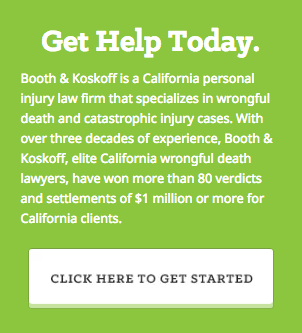 The Court of Appeal explained that the school district could be held liable based merely on the “potential” that the teacher would sexually abuse students and that this potential could be shown by “red flags” in the teacher’s conduct, such as routinely hugging and caressing the hands of certain female students, discussing his personal life with certain female students and creating a “hidden alcove” in his classroom (where sexual abuse of the plaintiff occurred). This conduct, while not explicitly sexual, arguably violated the L.A.U.S.D.’s Code of Conduct for teachers. School administrators had at least constructive notice of the conduct, and had they effectively addressed it, according to plaintiff’s school safety expert, they likely would have prevented the abuse of plaintiff from occurring.

This is a very important holding regarding institutional liability. A standard line of defense in sexual abuse cases is that the defendant could not have foreseen that its employee would commit such a heinous act because there was no record of the employee having done so before. Under this theory, the first victim is out of luck; only subsequent victims would have any basis for a lawsuit. By explicitly rejecting this argument, the S.M. court has greatly aided the efforts of sexual abuse victims to hold accountable those institutions that fail to take adequate steps to protect the children under their care.

The law requires more than just a perfunctory background check when a new employee is hired. It requires that institutions be on the lookout for suspicious behavior, including conduct that oversteps the acceptable boundaries between adults and children, and that they set up effective policies and procedures for reporting and addressing such conduct.