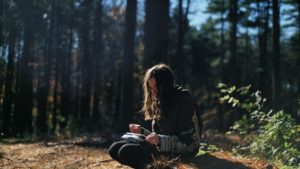 A Los Angeles jury convicted Hyle of 11 total felony counts against three younger family members. The convictions include felony counts of sexual abuse and molestation with two young girls, ages 7 and 8, within his family. They also include criminal threats and corporal injury to a 7-year-old-boy, also related, described as a “beating” by court documents. These acts occurred between September 2011 and July 2014.

The District Attorney also charged Hoyle with two misdemeanor counts of lewd practices in the presence of a minor. The prosecutors allege the minor was the 7-year-old-boy but dismissed those charges just before trial.

Law enforcement officials arrested Hoyle in May 2015 at his home in Davidson, North Carolina, where he moved to following the abuse. Officers extradited Hoyle to a California prison where he waited until his trial date. At the time of the arrest, he was on probation for a 2013 misdemeanor domestic violence conviction.

Children who have been sexually abused by a family member are much more likely to bury the actions and blame themselves than those whose perpetrators were a person outside the family. This is even more prevalent among older children who understand on how their disclosure will impact family dynamics.

Due to this, it can often take children who were victims of intrafamilial sexual abuse months or even years before talking about their abuse.

The Hoyle case is another example of such delay as the abuse occurred for three years until the children made their outcry.