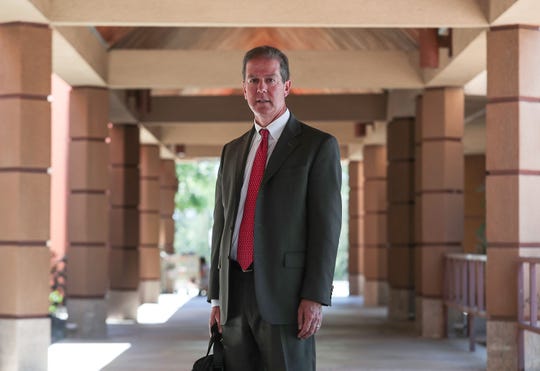 “The right to sue and defend in the courts is the alternative of force. In an organized society, it is the right conservative of all other rights, and lies at the foundation of orderly government.”

The article in the Desert Sun focuses on our firm’s cases against the Riverside County Department of Public Social Services (“DPSS”) on behalf of children who have been subjected to sexual or physical abuse and have failed to get any protection from the County social workers who are paid to provide such protection.

We have a number of cases currently in litigation and about to be filed against DPSS. This includes the case featured in the article, which involves the tragic death of an 8-year-old boy who had been the subject of years of horrific torture by his father. County social workers knew of the abuse for years, but failed to intervene, relying on the bizarre excuse that the abusive father would not cooperate. When the boy went missing and was presumed dead, the dependency court judge took the unusual step of calling out DPSS’ failures in open court, insisting that the DPSS Director be made aware of them and essentially inviting a lawsuit against the agency

According to Booth’s claim, the record of abuse goes back even further than 18 months and to another county where the McIntosh family previously lived. Booth contends Noah was being mistreated in Orange County as early as 2013 — six years before his death — and that Riverside County had a record of it.

“I’m seeing a failure to take action, a failure to be proactive when it’s obvious that kids are in real danger,” Booth said. “We’ve seen a number of cases where they have essentially done nothing.”

Facing these challenges, Booth said his own family motivates him to get the job done.

His children have all run track competitively, just like he did in high school and college. He still runs with them in races like Torrance’s annual Turkey Trot, but says he can barely keep up. His family motivates him, he said, to keep pushing to make the system more functional.

“These kids have no one looking out for them,” he said. “That’s exactly when the county is supposed to step in. That’s why we have these services and departments. We’re raising that issue and we hope the county pays closer attention to what’s actually happening.”

Since 1984, Booth & Koskoff has represented plaintiffs who have suffered catastrophic injuries, sexual or physical abuse or the death of a loved one. The firm has obtained over 90 jury verdicts and settlements in excess of $1 million. Contact us via email at info@boothkoskoff.com or call 310-515-1361.