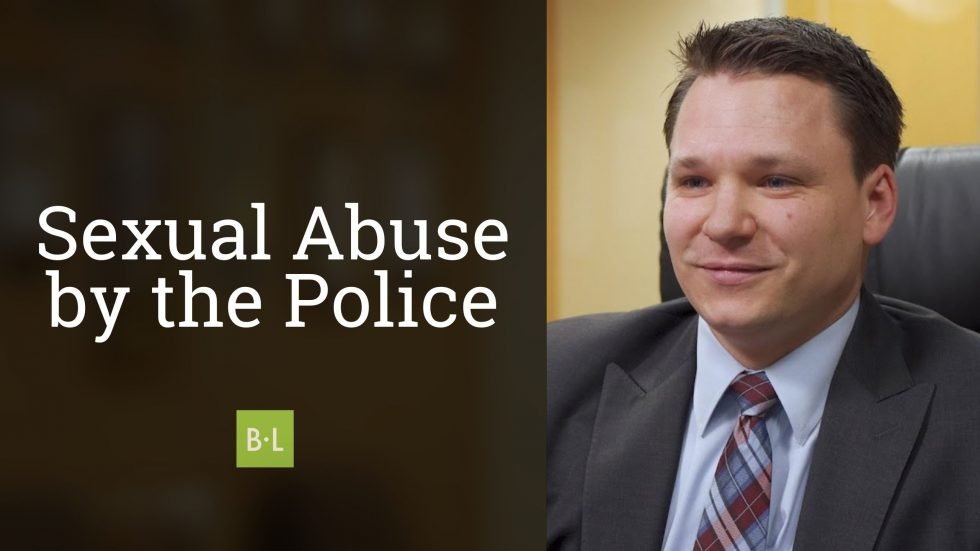 When women do come forward, it’s often years after they finish, and only after they hear other people have made claims or allegations against the same person.

One of the important things to come out of the recent “Me Too” movement is an increased understanding of just how hard it is for women who have been sexually assaulted and harassed to come forward and talk about it.

Usually, these cases involve men who are in positions of power or ongoing power dynamics. The women feel like it is hard for them to know they’ll be trusted. They feel like there will be repercussions. And they’ve been taught that all of this is true.

For decades—for the whole history of these claims—women have suffered backlash for bringing these claims forward. Women have been fired from their jobs or had their families taken away. They have had repercussions.

When they do come forward, still today, we see that women are called liars and money grabbers, as the media continues to give attention to the statements made by the defendant’s attorneys.

We handled a case recently that highlighted many of these exact problems. I’m going to change her name to protect her privacy, but we had a client—we’ll call her Melissa—and she was sexually assaulted by a police officer in the back of the patrol car. She had some criminal history. She had some drug offenses. The police officer who targeted her knew and understood this. He instructed her to get in the back of his patrol car; he turned off his dashcam and video recording system; and then he proceeded to sexually assault her.

In this dynamic, Melissa did what most women in this situation would do. She walked away feeling like she can’t do anything about it, she has no power, and that even if she does come forward, who is going to believe her word over that of the police officer?

We know that this was reasonable for her to think because this police officer did this same thing to about 70 women. Only three of them have come forward.

This police officer was investigated, and he was arrested and sentenced to prison. However, by the time this happened, the statute of limitations for Melissa to file a civil lawsuit had already run. Even though this person had been criminally convicted, and even though he had used his authority as a police officer to accomplish the sexual assaults against Melissa and dozens of other women, the statute of limitations against the city of Monterey Park, the police department who failed to supervise this officer, had apparently passed.

One of the challenges that we faced in Melissa’s case was overcoming that statute of limitations. This is a huge problem in many sexual assault cases because even when women do come forward, it’s often years after the fact, and only after they hear other people have made claims or allegations against the same person.

In the “Me Too” movement, we are now seeing a number of women that are emboldened and choosing to come forward. But these women can’t pursue civil claims because, in most states, the statute of limitations allows only two years (or some similar number) to file a claim for sexual assault.

It is a failure of our justice system that, no matter how much proof they have, women who have valid claims are often in danger of being thrown out of court due to the statute of limitations.

For example, when we brought Melissa’s case, the statute of limitations for sexual assault in California was two years in most circumstances. However, Melissa didn’t come forward until after the officer was criminally convicted, almost five years after the assault had occurred. By the time she contacted our office, the two-year statute of limitations had long passed.

The whole reasoning behind the statute of limitations is a myth—that victims will come forward in a short amount of time and that victims must do so in order to prevent wrongful and false claims against defendants. The problem with this myth is that we know it isn’t true. Women who have been sexually assaulted or harassed can’t, and very rarely do, come forward in such a short amount of time. By the time they are in a position to come forward, the assault is so far in the past that it is beyond the statute of limitations.

Melissa spent years feeling like nobody would believe her if she came forward and that even if she did there wouldn’t be a claim. However, when we filed a claim on her behalf and successfully overcame issues with the statute of limitations, we were able to obtain a large recovery for her—recovery that sent a couple of messages. First, society cares. Our system recognizes that Melissa was wronged and that she should not have had to go through what she went through. Second, the city of Monterey Park recognized that they failed in their obligation to control and supervise this police officer. With that recovery, Melissa will be able to have ongoing therapy and counseling to help her address the issues that have come up after this assault.

Many times women who have been assaulted feel like they can just close their eyes, pretend it didn’t happen, and move on with their lives. We know that this just doesn’t work. Problems continue decades later when women don’t confront and address the trauma that they’ve gone through.

For decades, our society has told women to stay quiet. “Don’t speak up; deal with it yourself.” They’ve tried. Other women feel that they can’t afford therapy when they are struggling to keep food on the table or shelter over their head.

Succeeding in a civil suit is about much more than simply getting an award of money.

It’s about getting closure for what happened. It’s about the system recognizing and understanding that you were wronged and that this other person who did something wrong needs to be held accountable. It’s about stopping it from happening to more women in the future. And it’s about giving women who have been sexually assaulted or harassed the resources to seek counseling and to take positive steps forward in their lives—so that moving forward, they can have a better life.

Do you know someone who has experienced sexual abuse?

Filing a Lawsuit After Sexual Abuse

Defining the Standards for Institutional Liability in Sexual Abuse Cases

After 19 Deaths by Police, The City of Vallejo is Finally Trying to Break the Police Union’s Power.