There is no more despicable crime than the sexual or physical abuse of a vulnerable person, such as a child or a person with a disability. The psychological and emotional damage caused by these incidents can affect the victims for the rest of their lives.

We are sorry you or a loved one has experienced this type of abuse. Over the years, sexual abuse cases have become a major part of our practice. We wish this wasn’t the case. We wish we lived in a world where vulnerable populations weren’t at risk of being abused or mistreated. But our schools, churches, and businesses have failed to protect the people in their care.

Unfortunately, these institutions too often turn a blind eye to the potential for sexual and physical abuse in their midst and too seldom set up the sorts of hiring, training and supervision procedures that would prevent such abuse from occurring. As a result, they unwittingly provide safe havens for perpetrators. In some cases, they have even protected the abusers, not the abused.

You need a lawyer with the compassion and drive to win an abuse lawsuit.

When you find out someone in your care has been abused while at school or church, the natural reaction is to want to fix the situation. Unfortunately, abuse can’t be erased, but legal action helps in a variety of ways. Legal recourse becomes necessary to hold the abuser and enablers responsible, to prevent the abuse from happening again to another vulnerable person, and to cover the cost of damages associated with the abuse. Mental anguish and suffering, physical impairment, loss of enjoyment of life, grief, anxiety, and humiliation are just a few items an abused person may struggle with during the recovery process. 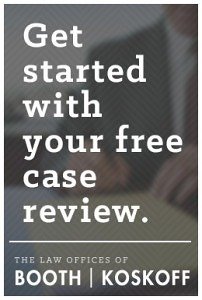 If you aren’t sure what to expect, or are unsure taking legal action is right for you, , here are a few clients we have successfully represented in sexual abuse and physical abuse cases:

In each of these cases, we obtained settlements that allowed the victims to get the psychological counseling and other help that they needed in order to try to put these terrible incidents behind them.

So what’s next? First, you can view a full list of our Settlements and Verdicts in Sexual and Physical Abuse cases. Second, you can call our Torrance office and get started with a free review of your sexual abuse or physical abuse case. We’re here to help you start the legal process.